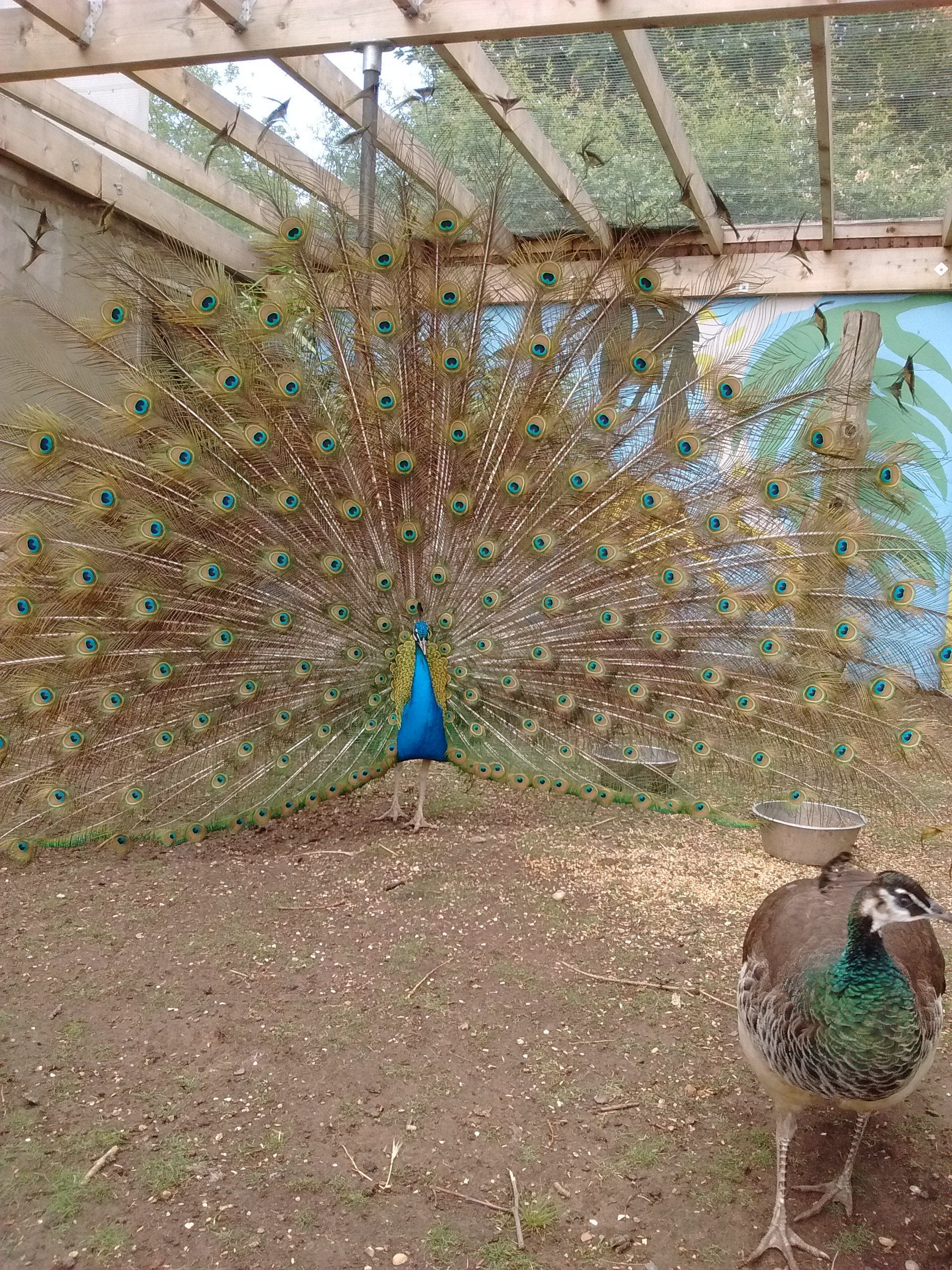 He questioned the suitability of their accommodation and wanted them re-housed.  (http://awordfromwier.blogspot.co.uk/2017/03/the-welfare-of-chalkwell-park-peacocks.html). Cllr Ware-Lane had a number of people contact him on this issue, all wanting the animal cruelty  he exposed to end, and a new home to be found for these birds.

With the support of Cllr Charles Willis, Cllr Ware-Lane sent a Motion for Full Council to consider and commented: “Animal cruelty should not be a party political issue, and I am hoping that the Motion will attract support right across the Council Chamber.” Cllr Willis added: “I am delighted to support this motion. I have been a long-standing advocate for animal rights”

The birds, which had been at the park for many years, were subsequently re-homed to a 24-acre private estate.

This is the Motion to Full Council proposed by Cllr Julian Ware-Lane (Labour, Milton), and seconded by Cllr Charles Willis (Labour, Westborough).

‘There are a number of peafowl caged at Chalkwell Park. These large birds are usually seen roaming free on large estates and zoological gardens, and I cannot recall another example where these birds are caged.

The cage at Chalkwell Park is not nearly large enough, and as the photo shows, when the peacock displays his magnificent plumage there really is barely enough room for him to do so. These birds roam large estates and parks normally; there is no room for flight at all, and these birds can fly.

Aside from the smallness of their present enclosure, this is a sparsely decorated cage that is often dirty, and certainly gives every impression of neglect. These birds are often tormented by visitors and their pets, as if them being caged gives permission to this poor behaviour.

Earlier this summer two chicks were hatched. The peahen was trying to protect them, a difficult job in a small enclosure. One was killed by its sibling. The bowls for feeding and drinking are designed for adult birds, and are too high for chicks; how were the chicks meant to feed and drink?

A resident informed the Council about the chicks, and the dead one was removed. However, since the Council were unaware up to that point that there were chicks then clearly accusations of neglect are appropriate.

This cage is the last vestige of the menagerie that once housed many animals such as bears and chimpanzees. Nowadays this would not be allowed.  This is a throwback to an era when animals were not treated with respect. That peafowl are still caged is a disgrace to the town, a town that prides itself as being cultured.

We call upon the Council to uphold the highest standards with regards to animal rights.

To this end we want the four peafowl housed in the Chalkwell Park menagerie to be moved to somewhere more suitable.

There has been offers of new homes, and we call upon the Council to fully investigate these.

We urge the Council to expedite a move to a more humane home for the peafowl with utmost speed to end this example of animal cruelty.’